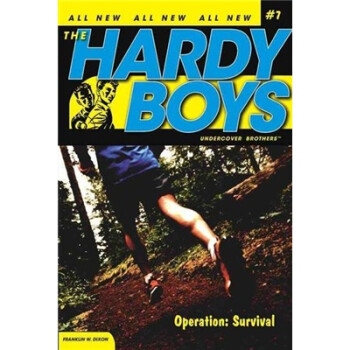 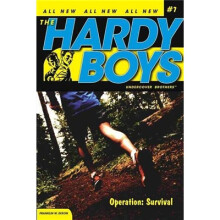 Operation: Survival
暂无报价
8评论 100%好评
内容简介:ATAC BRIEFING FOR AGENTS FRANK AND JOE HARDY MISSION: Determine the cause of recent injuries and deaths at a camp for troubled teens. LOCATION: The wilderness surrounding Moosehead Lake in Maine. POTENTIAL VICTIMS: More boys in the program. Counselors. SUSPECTS: We have reason to suspect that the founder of the camp, Linc Saunders, is behind this.
作者简介:

Franklin W. Dixon Franklin W. Dixon is actually a pseudonym for any number of ghostwriters who have had the distinction of writing stories for the Hardy Boys series. The series was originally created by Edward Stratmeyer in 1926, the same mastermind of the Nancy Drew detective series, Tom Swift, the Rover Boys and other characters. While Stratmeyer created the outlines for the original series, it was Canadian writer Leslie McFarlane who breathed life to the stories and created the persona Franklin W. Dixon. McFarlane wrote for the series for over twenty years and is credited with success of the early collection of stories. As the series became more popular, it was pared down, the format changed and new ghostwriters added their own flavor to the stories. Part of the draw of the Hardy Boys is that as the authors changed, so to did the times and the story lines. While there is no one true author of the series, each ghostwriter can be given credit for enhancing the life of this series and never unveiling that there really is no Franklin W. Dixon.