An American Type: A Novel简介，目录书摘 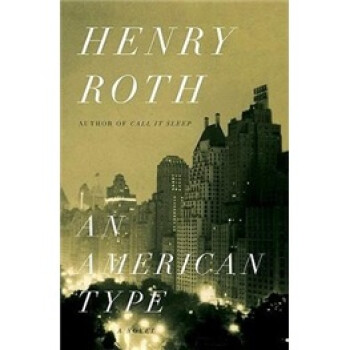 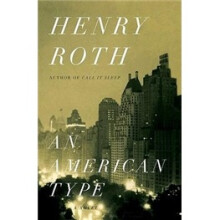 An American Type: A Novel
暂无报价
2评论 100%好评
编辑推荐:
内容简介:Henry Roth's final novel, An American Type, is nothing short of a miracle, a lyrical work of immense poignancy from a writer whose biographical story has no parallel in American literature. Roth, best known for his towering immigrant novel Call It Sleep, emerged from a literary hibernation of 60 years in 1994 with Mercy of a Rude Stream, a fictional quartet that would be hailed by as "a landmark of the American literary century." In contrast to Roth's previous novels, An American Type is a both a love story and a lamentation, the final fruit of nearly 2,000 unpublished pages that Roth composed in the last years of his life. The manuscript rested undisturbed in an office file for over a decade before it was sent to Willing Davidson, then a young assistant in the Fiction Department of The New Yorker, who with a "growing sense of discovery and elation," recognized that this unpublished manuscript possessed "astonishing vigor."Set in the dire year of 1938, the novel reintroduces us to Roth's alter-ego, Ira Stigman, a 32-year-old novelist, eager to assimilate but psychologically traumatized by the scars of his impoverished immigrant past. Restless with his older lover and literary mentor, the renowned English professor, Edith Welles, whose obsessive love has crippled him, Ira, a "slum-born Yiddle," journeys to Yaddo, the famed writer's colony, where he meets a blond, aristocratic pianist, whose inherent nobility and "calm, Anglo-Saxon radiance" engages him.The ensuing romantic crisis, as well as the conflict between his ghetto Jewish roots and the bourgeois comforts of Manhattan, forces Ira to abandon the comforts of his paramour's Greenwich Village apartment. In his relentless search to become a writer, a husband and an American, Ira heads West with an illiterate, boorish Communist, on an illusory quest for the promise of the American West. Thumbing rides from gruff truckers, riding the rails with hobos through the Dust Bowl, Ira explores America's inherent splendors and its Depression tragedies as he returns home, uncertain if he will marry M., questioning if he'll ever be able to make anything of his lapidary prose.Set against crumbling piers and glimmering skyscrapers in Manhattan, against seedy motor courts and tufted palm trees in sun-soaked Los Angeles, An American Type is not only, perhaps, the last first-hand testament of the Depression, but also a universal statement about the constant reinvention of American identity, and, with its lyrical ending, the transcendence of love.
作者简介:Henry Roth (1906–1995) is the author of Call It Sleep, An American Type and the quartet Mercy of a Rude Stream.Willing Davidson is a fiction editor at The New Yorker.
目录:
相关商品