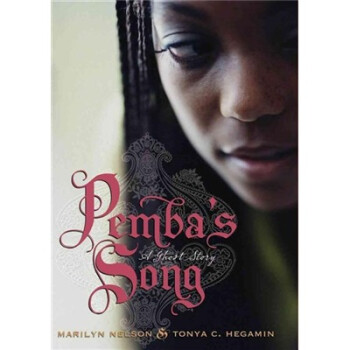 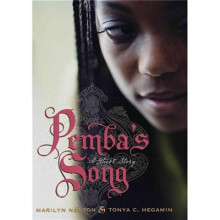 Pemba's Song: A Ghost Story彭巴之歌: 鬼故事
暂无报价
2评论 100%好评
编辑推荐:Pemba, an African-American teen, doesn't want to make the move from Brooklyn to Connecticut no matter how rosy a picture her mother tries to paint. As soon as she sees her new home, she knows something isn't right. At first, she thinks she's imagining things, like the strange mirror that reflects the image of an 18th-century girl. But then the blackouts begin. During them Pemba sees Phyllys, a slave who lived in the house centuries before. Something horrible happened to her all those years ago and now she needs Pemba's help. Working with Abraham, an eccentric old man who lives nearby, Pemba must uncover the girl's story to finally put her to rest. Told through alternating chapters, poetry, and journal entries, this title is sure to appeal to fans of ghost stories as well as historical fiction. There are few ghost stories featuring African-American teens and fewer still that are as well written and interesting as this one. With its brevity, it will make an excellent choice for reluctant readers as well.
内容简介:Pemba knows she's not crazy. But who is that looking out at her through her mirror's eye? And why is the apparition calling her "friend"? Her real friends are back home in Brooklyn, not in the old colonial house in Colchester, Connecticut, where none of this would have happened if Daddy were still alive. But now all Pemba has is Mom and that strange old man, Abraham. Maybe he's the crazy one.

Thank goodness for Pemba's Playlist and the journal she keeps. There are so many answers deep inside that music. So much is revealed in Pemba's poetry -- the bops she writes and those coming through her iPod. Phyllis, an 18th-century slave girl, has answers too. But Phyllis's reality billows out from her visits to Pemba, visits that transform both girls in ways neither expected.

In this supernatural tale, the voices of these two characters entwine to put a new spin on a paranormal story. As a mystery unfolds, many truths are revealed -- about honesty, freedom, redemption, and friendship.
Pemba，一个非裔美国人，她的母亲要带她去一个美好的新家，她极不情愿搬离了原先的生活。
可是，当她看到新家的那一瞬间，她就察觉到有什么不对劲。最开始，她以为是幻觉。直到她通过一面奇妙的镜子真实的看到了一位18世纪的姑娘，据了解这是一个曾经居住过这里的奴隶，而且曾在这里有过可怕的遭遇。因此她需要Pemba的帮忙。而Pemba必须了了这位“朋友”的心愿，才能使她安息。接下来，Pemba又会遇到什么？
这种超自然的故事, 结合当时的生活背景，历史知识，人文风俗，让故事有浓厚的渲染力。
作者简介:

Tonya Cherie Hegamin decided that she would be a writer when she was eight years old. Between then and now, she has also been a social worker, an educator, a vintage clothing vendor, a vegan soul food caterer, and the program director of a poetry retreat. Tonya is a graduate of Cave Canem and a native of Pennsylvania.

Marilyn Nelson is the author of Carver: A Life in Poems and Fields of Praise. She has won the Boston Globe-Horn Book Award, the Flora Stieglitz Straus Award, a Newbery Honor, and a Coretta Scott King Honor. Marilyn lives in Storrs, Connecticut, where she is a professor of English at the University of Connecticut. The Fame Game and Me简介，目录书摘