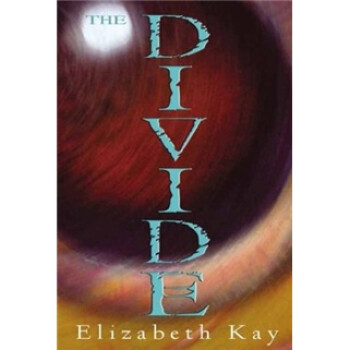 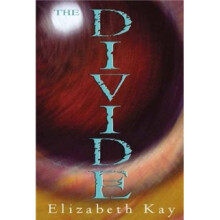 The Divide 隔绝
暂无报价
10评论 100%好评
内容简介:While visiting Costa Rica with his parents, 13-year-old Felix, who has a life-threatening heart condition, passes out. When he comes to, he finds himself in a magical world populated by griffins, unicorns, dragons, pixies, and elves. Humans, their science, and their culture are considered mythical, totally nonexistent. When he meets Betony, an elf about his age, Felix proves that he's human by showing her his flashlight, ballpoint pen, and compass. With the help of some unicorns, Felix and Betony journey toward the city where Betony's brother and sister are, but the travelers soon find themselves sought by evil pixie Snakeweed and his vicious shadow-beasts. Kay's grand adventure, which includes a search for a cure for Felix's illness and the means to send him home, is packed with humor as the protagonists work to turn the tables on Snakeweed and his minions. The conclusion points to a sequel.

13岁的菲利克斯，患有先天性心脏病，当他拜访哥斯达黎加和他的父母时，他却离奇死去，死后来到了另一个世界，他发现自己正置身于一个神奇的魔法世界，这里有狮鹫，独角兽，龙，小妖精和精灵。在这个世界里的人类，他们的科学以及他们的文化被当作虚无缥缈的东西，是完全不存在的。有一天，他偶然遇见了一个叫Betony的精灵，菲利克斯拿出自己的手电筒，圆珠笔和指南针，极力向她证明自己是个人类。在独角兽的帮助下，菲利克斯和Betony踏上了寻找Betony哥哥和姐姐的旅程。但是很快他们自己就发现他们被邪恶精灵Snakeweed和穷凶极恶的野兽找到了，他们不得不展开一系列逃亡的冒险之旅…惊险的故事，紧凑的剧情，充满惊险、悬疑、谜团的奇幻之旅，未知与沧桑的交织，善良与邪恶的较量，挑战读者的想象极限，令人心跳加速的阅读体验~
作者简介:Elizabeth Kay, born July 9, 1949 in London, is an English writer. She is the author of The Divide trilogy, a series of children's fantasy novels, originally published by Chicken House Press, then picked up by Scholastic Books.

Before going to art school she attended Nonsuch High School for girls in Cheam. Then went to art school and in her mid-twenties started writing radio plays, which were broadcast on BBC Radio 4. She also wrote stories which were published in newspapers and magazines and broadcast on Capital Radio in London.

Kay has an MA (Distinction) in Creative Writing from Bath Spa University, and has taught both Creative Writing and Art for a number of years. She has illustrated several books and produced nearly all the artwork for her own website. An avid wildlife enthusiast, she has travelled extensively to places as diverse as the Ivory Coast, Borneo, Iceland and India.
She has won several awards, including the Cardiff International Poetry Competition for a sestina "Pond Life" and the Canongate Prize for her short story "Cassie". A chapbook of poetry, The Spririt Collection, was published in 2000.

The Divide, her first book for children, was published in 2003. She was a keynote speaker at Accio 2005, the Harry Potter conference, and spoke at a children's book conference in Ukraine in 2007. She has appeared at other literary events, including the Cheltenham and Edinburgh festivals.

She has had three shorter books for children published by Barrington Stoke Fury, in 2008, Hunted in 2009 and Lost in the Desert in 2011. The Tree Devil, for reluctant readers, was published in 2010 by Eprint. A novella for adults, Missing Link, was published in October 2009.

She has two grown-up daughters.
相关商品 DK Readers L1: A Year on the Farm简介，目录书摘